Beware! SevenCapital24 is an offshore broker! Your investment may be at risk.

SevenCapital24 has nothing to distinguish itself apart form about 90% of all scammer brokers running wild in the FX ecosystem. SevenCapital24 is not special in any regard.

SEVENCAPITAL24 REGULATION AND SAFETY OF FUNDS

On multiple occasions we were led to believe that SevenCapital24 is an Italian broker, with the terms and conditions stating that the broker abides by the laws of Italy, and the contact page providing an Italian address. But this isn’t any sort of useful information, because there is no proof to these claims. The firm simply says to be there without giving us any written evidence of this, approved by an outside party.

It also does not help that the official regulator of Italy, CONSOB, has issued a full warning against the broker and its shady practices. So, all these statements that SevenCapital24 makes about being an Italian regulator are false. The only way that SevenCapital24 is Italian is in the context of being a local scam, one that targets local users.

To be blacklisted by CONSOB means that the firm has really gone overboard, since these are not given to any scam, but to the ones that have already stolen from and defrauded a substantial number of users.

So, SevenCapital24 is not regulated and a risk to all. Do not invest here.

Also, we have to mention that broker’s insistence on offering AnyDesk, TeamViewer, ScreeLeap. In a perfect world, these three software should be used for remote problem fixing or for helping people out. These softwares allow for a third party to access your PC remotely, but only if the user grants it access. You can only imagine the damage that SevenCapital24 can cause if its clients start granting this fraudster access to their PC’s.

Illegal and unregulated brokers spell trouble every single time! They have nothing to offer, unless you count heartache and frustration. These companies are created and run as elaborate scams (not all of them) and they are short-lived as a result of complaints and regulatory actions. But in between the creation of a scam and its downfall many users will lose their money with very little chance of a refund. This money will be redirected to various offshore and untraceable accounts and will serve the scammers to fund their own lavish lifestyles and future scammer projects.
So, really there is no reason to invest or even interact with unlicensed brokers. If you want to experiences the real FX trade, then look no further than any European, UK, US, or Australian-based brokers. These are regulated and fair institutions that treat each customer with care and respect.

The broker states to offer a software called the SevenCapital24 Trading Platform, but aside form some shallow promotions, there was nothing else to suggest that this platform actually exists. There were no links, and we were not able to open an account to see for ourselves if it was available.

There was also the mighty MT4 advertised, but no evidence of it actually existed. Here’s a list of the top MT4 brokers, instead, for you to indulge in.

All registration buttons and links led to the same error page, suggesting one of two things. Either the whole process really is broken and there is no reason to deal with SevenCapital24, or there is a hidden registration area that is available only to those users that have been accepted by the broker prior to registering; this happens after a long soliciting process and is a common scammer broker practice.

Anyway, we had no other choice but to rely on the website, not that we trust it (nor should you). The available trading instruments are stocks, commodities, forex currency pairs, indices, and cryptocurrencies. The leverage is capped at 1:200, and there were no spread values indicated anywhere. If you want to trade with high leverage brokers, but wish to avoid scams, then we have just the thing for you!

The minimum deposit according to the site is $250, with credit cards, wire transfer , and unmentioned e-wallets available as payment methods.

The withdrawal fee is of 0.5 percent, where the percentage must not equal less than $30; if so, then the user is automatically charged with $30.
On top of these, we have some industry standard fees, plus some unrevealed ones that are not so common, and some might even call them shady and scammer even.
SevenCapital24 gives itself the right to charge directly form your credit card any fees or commissions, whihc is an illicit act and very indicative of SevenCapital24’s scammer nature.

If you want low minimum deposit brokers, but don’t know where to starts, we suggest these ones.

How does the scam work

For years now the scammer process has been, more or less, based on the same simple principle: that of solicitation. Of course, users can also stumble randomly on a scam but this happens very rarely.

Scammers rely mainly on exaggerated advertisement campaigns and phishing tactics, that is to say cold-calling techniques, to recruit their users. On the ads front, users are lured with very striking online ads about unbelievably lucrative opportunities for investments accompanied by imagery of luxury. The client is prompted to provide a contact email and a phone number.

The contact will be established in either case, and the user will be lied to and manipulated until he or she is lead to invest. If you fail to be succumbed to the broker’s sweet talk at some point the representative will stop calling you. But until then, you will be surprised as to the exhaustive repertoire of deceits and lies these scammer have. Essentially, they will try everything to convert you to their shady cause.

A users who has invested will be prompted to deposit at least one more time, but this time a larger sum with allegedly higher chances of hitting it big on the trade game. Obviously the illicit firm in question is making all these claims up; most of them don’t even have trading software!

The time will eventually come when the client will feel cheated, but by then it is usually too late. The broker will either cut all contact with the user, shut down its site, or simply stall the withdrawal request indefinitely.

What to do when scammed

The safest bet at getting your money back is to file for a charge back with your credit or debit card provider – the chargeback period for MasterCard and VISA is 540 days. However, this can only happen if you have invested via a card, or an e-wallet supporting card payments.

Bank transfers are way harder to trace, and the only hope you have is to call the bank itself and try to figure out a reimbursement strategy. But there is no guarantee that this will work. What we can advise if you fall into this state is to immediately change your bank account password and username.

Then there are the crypto transactions which are untraceable and therefore lost for good. So, whenever you see a crypto based payment method with an unregulated broker make sure to stay clear!

Last but not least, we have the recovery agents or agencies which are total scammer of their own. They promise a full refund in return of a one time payable fee, and no small one at that. As soon as this is paid they will disappear without a trace.

Trader Hub Fx review – 5 things you should know about traderhubfx.com

FFIN Corp review – 5 things you should know about ffincorp.com

Genex FX Review – 5 things you should know about genexfx.net

Markets Expert review – 5 things you should know about marketsxpert.com

WAI review – 5 things you should know about wealint.com

CGFX Review – 5 things you should know about cgfx.com

Exclusive Trade FX  review – 5 things you should know about exclusivetradefx.com

QRS Global review – 5 things you should know about qrsfx.com

Winner S Trade review 2023: 5 things you should know about wstradefx.com

INNO Trade review 2023: 5 things you should know about innotrade.io

PBO Invest Review – 5 things you should know about pboinvest.com

VFX Markets review 2023: 5 things you should know about vfxmarkets.com 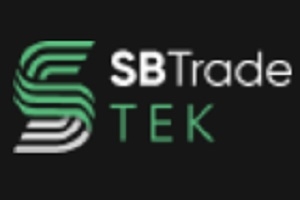 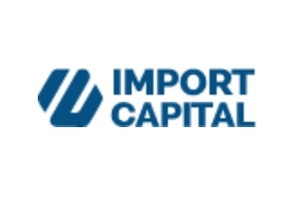 TenX Prime Review – 5 things you should know about tenxprime.com 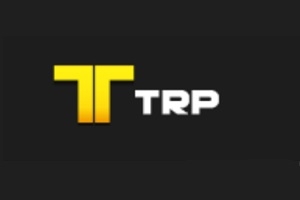 TRP Forex review – 5 things you should know about trpforex.com